Two of our planet’s oldest philosophical thoughts, Zen Buddhism and Judaism often are practiced in tandem. They are increasingly integrated by bright poetic souls. Most into westernized Zen also like Jewish ideas.

There was increasing interest in Zen by the Beat generation since the US took over Japan after WWII.  Many beat generation leaders were Buddhist and Jewish, becoming the earlier BuJu’s.

The Judeo Christian Ten Commandments and classical Jewish law (halacha) prohibited believers from following other Gods.  Hence they are better able to integrate Zen Buddhism since Buddha was an individual, and buddhist practitioners look up to Buddha as a wise man and not a God. Zen in Japan often blends with Shintoism and western thought.

Westernized Zen was greatly inspired by Jews in the west. Zen may reflect their values, especially those without a Jewish mother. Westernized Zen is less ritualistic and devotional than the Japanese variant. Westernized Zen is more oriented to being at one with the planet, with extensive influence from psychology, sociology and cultural anthropology.

A very high percentage of western Zen teachers are influence by Jewish theology. Without realizing it, many western spiritual speakers include Buju thoughts in their discussions. One need not be a magical genius. Sociologically, BuJus often draw upon diverse spiritual traditions in practical ways based on their former spiritual and educational upbringing. Western Zen often asks what brings gentle and poetic harmony with others and nature. Personal interests in being politically correct often conflicts with Zen’s greater acceptance of how the world is today. While fighting for justice is important, what happens when it over dominates one’s consciousness as is often demonstrated in Berkeley California and Cambridge Massachusetts academic cultures? 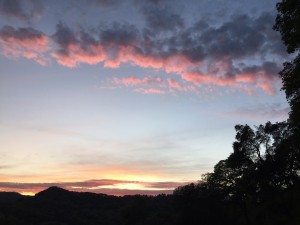 Zen practitioners like the warmth of the Judaeo Christian spectrum. As the sense of community in Japan already is often stronger than in western cultures, Zen didn’t need to emphasize compassion as much as the judaeo christian faiths.

Buddhist Jews are also called: Jewish Buddhist, Buju, Jewsbu, Jubu, Jewboo, and Bud-Jew (as in the budding Lotus preferred by Steven Kays). “Bud Jew” may feel more inclusive for those interested in both faiths but who may not have been born Jewish, hence “Bud” being placed in front of “Jew” instead of being “Jew-Bud” 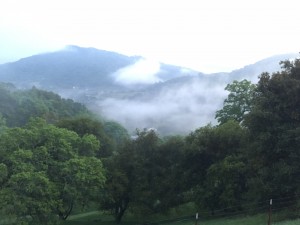 Well over one million people may self describe themselves as having strong interests in Zen and Jewish thought per “Jewish Dharma: A Guide to the Practice of Judaism and Zen” by Dr. Brenda Shoshanna.

Readings: The Jew in the Lotus – Commentary by Peter Myers 2005, You Can’t Fail at Meditation, Jewish Roots, Buddhist Wings, and Closing of the American Mind University of Chicago.

Discuss With Likeminded Souls The Integrating Of Buddhist Jewish Ideas – Free:
Open to all backgrounds. What are your thoughts on reinventing the spiritual synergy? The Zen Buddhist – Jewish synergy makes a greater whole than the sum of their religious parts. Free potlucks every Sat. Discover more on Zen Jewish synergies.
Call ‭(707) 690-0844‬ today.